Francis Benali is an incredible and rare person. Driven by an unrelenting force to help Cancer Research UK in their goal of eliminating cancer, Franny chose to undertake a massive challenge for his third effort for the charity; an incredible seven ironman triathlons in seven days. That’s a 2.4 mile swim, a 112 mile cycle and a 26.2 mile marathon run, everyday for seven days.

Although previous challenges Franny had undertaken had been very successful, social media engagement hadn’t been planned or used to its maximum potential, therefore potentially missing out on valuable donations and support. 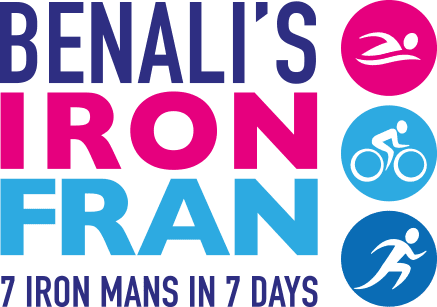 7 locations throughout the UK, starting in Manchester and finishing in Southampton

Following discussions with the support team, 418 took charge of developing a base marketing plan and managing all social media accounts. We started by driving regular daily engagement across Facebook, Twitter and Instagram in the lead up to the challenge itself, whilst carefully monitoring the analytics throughout.

During the week of the challenge, up to the minute posts were actioned, working in conjunction with Franny’s daughter Kenzie, who was part of the on-the-road support team and creating live feeds and video diaries.

As anticipated, engagement grew at a steady pace towards the beginning of the challenge with an increase donations being reflected. Engagement and donations during the 7 day challenge increased exponentially and constant monitoring and boosting of the most popular posts pushed them even further.

On days 5 and 6, Franny was strongly advised to let his body recover due to the extreme pressure he was putting himself under. The support team took over for these two days and all social media channels were buzzing with concerned supporters and friends, resulting a peak in donations and interactions.

The final day ended in Franny’s hometown of Southampton and naturally there was a massive turnout of support to welcome him home. 418 had full support and coverage on the evening, with up-to-minute support coming from both on-site and off-site management.

This all resulted in raising over £330,000 from the challenge and pushed Franny’s grand total over his £1 million target raised for Cancer Research UK.

We can do the same for you 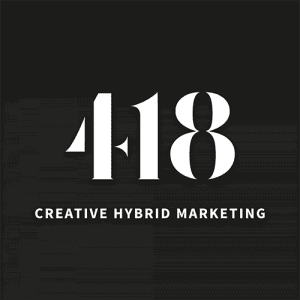 Industry jargon can be confusing, but luckily we'r

What is your brand archetype? Let us know in the

Video can be a powerful tool to spread your messag

Looking to have your website updated but don’t w

When done right, good design is a valuable tool, h

Do you have the right hashtag strategy? #️⃣ H

Last week the team had a dig through the archives

𝗙𝗔𝗖𝗧: marketing changes every day. The

Do you want to create content that just keeps on g

Any cookies that may not be particularly necessary for the website to function and is used specifically to collect user personal data via analytics, ads, other embedded contents are termed as non-necessary cookies. It is mandatory to procure user consent prior to running these cookies on your website.